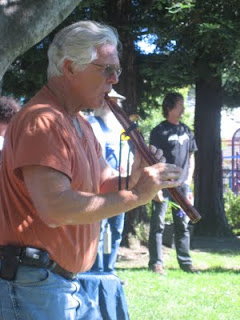 The sound of drums drew people together to a circle made of flowers under the trees in Albert Park in downtown San Rafael. The Rev. Paul Gaffney, of the Marin Interfaith Street Chaplaincy, welcomed us to the "14th Annual Memorial Procession in Honor of Those Who Have Died on the Streets of Marin County," beginning with a brief meditation.

A man whose name I don't know played a Native American flute, followed by an offering of incense by the Rev. Michaela O'Connor Bono of Green Gulch Zen Center, and a blessing by the Rev. Liza Klein of the First United Methodist Church of San Rafael. 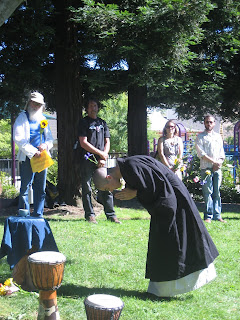 Bearing our flowers, we proceeded in silent reverence up the street lined with palms, as Paul sounded a bell.

It was strange walking by diners sitting at little tables with crisp linens and glasses of wine on the sidewalk and in the windows of restaurants, since they did not appear to know what we were about. We had no sign. Our silence and reverent attitude, together with the ringing of the bell, made it obvious were about something serious. The distracted part of me wanted to engage these folks in conversation about the very fact that we have homeless people in this rich country of ours, to ask them for money to support the chaplaincy, but I refocussed my mind back on the lost ones...... 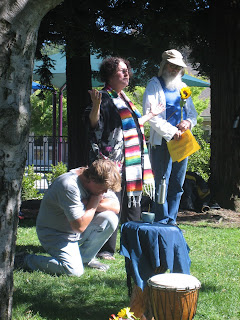 We arrived at the courtyard of St. Raphael's Church, built at the site of Father Junipero Serra's Mission San Rafaél. Some years ago this same group planted a tree in memory of those we were honoring this day on the church grounds, and it was around the base of that tree that we laid our floral offerings.

We were joined by others who had been waiting in shade of a tree in the courtyard, and welcomed by Fr. John Balleza, who has just taken over as pastor from Fr. Paul Rossi, and who is new to Marin Interfaith Council.

This annual memorial was scheduled later in the day this year than it has been in the past, partly due to the scorching sun and uncomfortable heat of the earlier afternoon. This made for a welcome more shaded venue.

People took turns reading the names of everyone known to have died homeless in Marin County since 1995. After each 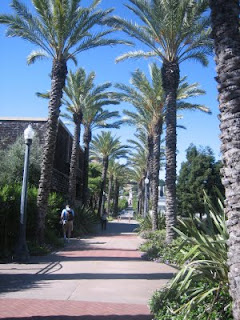 name was spoken, all assembled repeated it together. This act stirred several mourners to tears as he or she heard the name of a loved one and grieved openly in community. I think this is a healthy part of the grieving process, which is one of the reasons I so look forward to hearing each name when I gather with my co-religionists to honor the Beloved Dead on Samhain night.

As I have in past memorials, I offered a prayer for those who have died violently or in great distress, concluding with an appeal to the Mother of Justice that justice be done. Then I taught a four-line chant written by Starhawk and Anne Hill. When everyone had learned it, we sang it together for a while. This year I didn't try to break it into a round -- it's beautiful when done as a round -- and it seemed to flow more smoothly. There were also fewer people this year than in past years. Usually there a contingent of Dominican sisters come. I think the singing went better this time because some people had sung it in the past and because we were in a cooler space. In any case, 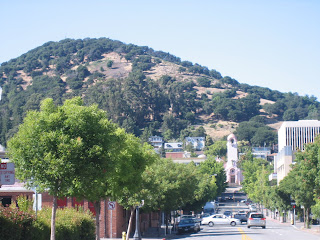 some people harmonized and overall it sounded really sweet. I trust it did its job of allowing us to blend our voices in song for the dead.

Paul concluded the ceremony with a reading from the prophet Isaiah.

The Marin Interfaith Street Chaplaincy "provides a compassionate presence for those who are living outside."

If you are a Pagan and you are reading this, especially if you've ever considered doing any work in the world of interfaith relations, you might consider participating in such events in your area. If there is no homeless chaplaincy, there are surely other activities directed toward aiding less fortunate residents of your community. Consider offering your assistance in their work. There is no need to bring religion into it, except in a gentle way. There are no theological discussions, no "whose god(s) is/are better, more real, more authentic, more powerful, more righteous, or even if you have a 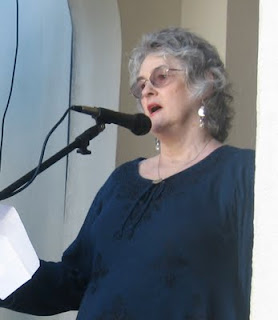 belief at all, rather than your lived experience with the numinous divine as you've perceived it. Further, it's easy to join in these efforts without compromising the uniqueness of your Paganism in the slightest. Instead, by sharing something of your ways, you not only educate others about who we are, but also you dispel fear and enrich the overall experience for all participants, yourself included. By joining with other people of other religions in projects beneficial to the commonweal, we help mend tears in the fabric of society.

Blessings of the living land,
Macha

Posted by Broomstick Chronicles at 12:00 AM No comments:

Gossip Is the Sticky Stuff

Gossip is the sticky stuff that holds us together as community. It’s the mortar holding the stonework of our edifices in place. Without gossip we fragment and disintegrate.

I realize that the word gossip has negative connotations. It's a term associated with the shallow, trivial, meddlesome. But, really, it's just engaging in conversation about friends, family, and even foes.

How many times when you encounter a friend do you ask how she's doing, and she asks you the same? And those queries and responses lead you to ask logical follow-up questions about others? Or they lead you in a new direction that concerns news of others? You ask because you care -- about the individual, about others in his life, and about your shared community. Well, you're gossiping.

Where gossip goes south is when someone spreads unflattering information about an individual or group without substantiating its factualness. That's lying. Or when the person doing the telling has malicious intent and puts a negative, judgmental spin on his "news," well, that's not good. And it's not a good use of the sticky stuff that is gossip.

But when you and your friend (or friends) chat about your lives and the lives of others, it's recreational. Instead of doing harm, your talk helps reinforce the threads of connections binding us together in a religious movement like no other in human history.

Note: Some months ago, in response to a solicitation, I volunteered to write a response to the question "What is the function/role of gossip (if any) in the community?" As far as I know, it was never published, so here it is.
Posted by Broomstick Chronicles at 3:22 AM No comments: