I recently read a thought-provoking book called Boom! Voices of the Sixties, Personal Reflections on the '60s and Today, by Tom Brokaw. With such a high-profile author, a former TV network newscaster, it's not surprising that it got a lot of attention. It's well-deserved.

My most active and engaged adult years were spent from that time until now. Obviously I have reason to have an interest in the period. It's one thing to have lived those times from the inside and another to reflect upon them in hindsight. And yet another to have those personal reflections reflected in the thoughts of someone who was up-close-and-personal with prominent figures of the time and present at many significant events. In addition, the book fills in ancillary facts of which we might not have been aware at the time.

I was going to comment on this book anyway, but in conversation with my daughter and her boyfriend yesterday at our intimate Xmas dinner, they mentioned how interested they were to see the movie Milk. Although a native of San Francisco, Deirdre was a toddler at the time of the Jonestown catastrophe, followed nine days later by the assassinations of Mayor George Moscone and Supervisor Harvey Milk. She wants to know more. I'm keen to fill in the curious. Boom! is a good start.

I recommend this book, especially to those who were not alive at the time but, along with everyone else older or younger, reap the benefits of social progress made during that era.


* Some day I'll relate a fun anecdote about George Moscone and me. And maybe another tidbit about Dan White. SF is not so big that you don't come into contact with people of note when you live there.
Posted by Broomstick Chronicles at 5:39 PM 3 comments: 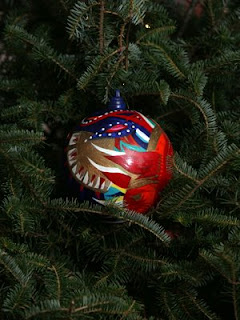 Sunday afternoon I attended a Change Is Coming meeting in a Gerstle Park Victorian. One of three in the County on Sunday and others on Saturday, it was attended by about 50 people on a rainy day. In introducing ourselves, we got to hear some heartening stories not only of experiences people had working on the Obama campaign -- flying to other states to walk the precincts, phone-banking -- but also of driving to Mississippi and getting arrested during the efforts to register voters during the Civil Rights Movement in the 1960s.

Our initial task was to come up with about four key issues important to us, with the idea of doing something to move those issues forward on a national day of service on January 19, Martin Luther King, Jr. Day and the eve of the inauguration -- and the first birthday of my mother since her passing; she would have been 98. All of our small groups identified health care as one of the most critical and immediate. Not surprisingly, most of us are not enthusiastic about the plan President-elect Obama has been proposing; we want universal health care, like the rest of the developed nations.

Saturday Corby and I went to the annual KPFA Crafts Fair after having missed it last year. Supporting independent media is a high priority for both of us. Although we did spend a fair amount of money, we found the turnout disappointing. We're used to its being crowded. But perhaps because of the thinner crowd, we encountered friends and had longish talks with them.

One was Elly Simmons, whose Blue Room Christmas tree ornament I mentioned a couple of weeks ago. She didn't manage to get enough money to make it to the ceremony at the White House, but she did get a write-up in the West Marin Citizen. Elly's ornament is above. You can see all the ornaments here.

I feel optimistic about our country. I'm dazzled by Barack Obama.

If anyone is thinking about giving me a Yule gift, my preference is a donation to Cherry Hill Seminary. Even if you aren't among those who'd be inclined to give me a present, we welcome your contributions. We desperately need funds to grow and to achieve our goal of accreditation. And your gift today will be matched by an anonymous donor, up to $5,000. Thanks for your consideration.
Posted by Broomstick Chronicles at 3:23 AM No comments: