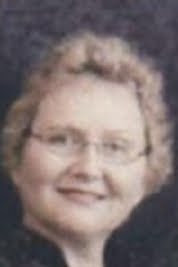 My dear friend Christy Kearney (aka Chrys Rasmussen and Christy Werbel) passed away last Saturday after a long battle with breast cancer. Christy was a Goddard friend; we met when we both arrived at the Goddard Adult Degree Program at Asilomar, California, in 1977. At the time, Christy lived in Illinois and I in North Beach, San Francisco. She was determined to move to San Francisco, which she did shortly thereafter.

My daughter Deirdre turned one year old during the course of that two-week stay at Asilomar. Her dad, Rod, brought her down for a birthday celebration Christy was part of at the lodge. Christy was wonderful ‘auntie’ to my daughter Deirdre throughout her life. Deirdre wore some beautiful dresses that had been worn by Christy's daughters, Heidi, then Marcy. When Rod was dying back in 1988, Christy took Deirdre out for meals and other diversions to give her a break from the hospital vigil. Three years ago when I needed help for Deirdre, unsolicited, she sent a chunk of money.

One of the things not mentioned in this lovely obit linked above is that Christy was a fine poet. In 1981, she and I formed a publishing company, Continuing Saga Press, and published an anthology, co-edited by the two of us and another Goddard friend, Kitty Costello, called WomanBlood: Portraits of Women in Poetry and Prose, which contains some of Christy's work. Of course, in our enthusiastic naïveté we knew nothing of book marketing and had no budget for ads or much else in the way of promotion (although we did share a booth with IBPA and COSMEP* at the ABA convention), so we didn’t sell all our print run. Regardless, the book garnered favorably reviews and contained the works of well-known poets and writers as well as those of the relatively unknown. We proudly consider it a worthy work.

I'm sorry to say that Christy and I had less frequent contact over the past few years, mainly due to her being away caring for her ailing mother and our respective schedules, later exacerbated by her weakening condition. When I received an email from Marcy saying that Christy was dying, I planned to visit her right away but my car was in the shop for what was supposed to be one day. Unfortunately, that day turned into two days, by which time Christy had passed. I wanted to tell her how much she means to me and and how much I loved her. I deeply regret that I didn't get to do that, and I hope she died knowing that fact all the same. (Let this be a lesson to all to keep close contact with loved ones. They won't always be there.)

Christy was a Beltane baby, born May 1, 1947. Beltane babies are said to be able to see the fey; I’m sure she did.

I am so sorry for your loss.. she sounds like a lovely friend.. May the Maiden, Mother, and Crown be with you, your family and her family during this time.. Goddess Bless....

Anonymous said...
This comment has been removed by a blog administrator.
10:06 PM

Anonymous said...
This comment has been removed by a blog administrator.
8:25 PM

佳怡 said...
This comment has been removed by a blog administrator.
7:43 AM

Anonymous said...
This comment has been removed by a blog administrator.
12:58 AM

Anonymous said...
This comment has been removed by a blog administrator.
2:21 AM

This kind of redirect message is comming to the comment section of pagan blogs.. yours is the second that I know of,, Moonroot was the first that I found.. just be aware, and you may want to deleate these redirect comments from your blog.. Be Blessed