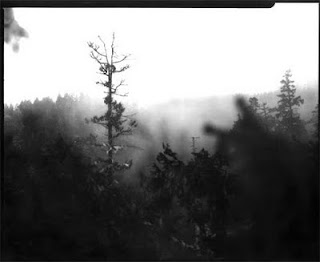 And where to they get their high-tech tree-climbing equipment, you might ask? They get them from New Tribe.
Posted by Broomstick Chronicles at 12:36 AM

I recall that back in the 50s-60s when clearcutting all the Coastal Redwoods was in corporate vogue, the lumber companies learned--from public outrage when clearcuts ran right to highway edges and folks could actually SEE the utter devastation--to leave cosmetic barriers of tall trees along highways.

So we couldn't see what they were doing.

Tall, beautiful, inspiring Coastal Redwoods and the industrial trash and slowly departing stumps (and spirits of felled trees) are one of the chief reasons that I am a life-long Neo-Pagan Crafter.

I have written about this at:

This is so cool! Trees are so beautiful and yet it seems like hardly anyone stops to just look at them or sit under them let alone climb them ( i tried once...long and hilarous story) but it makes me really happy to see an entire organization that sees this beauty.

They probably are already aware of the Sequoia giants in Yosemite's Mariposa Grove, since they are no secret.
The ancient 'Old Grizzly' Sequoia there may not be the tallest but is certainly one of the THICKEST trees in the world, and is my personal favorite. 'Ol Grizzly' simply oozes with character.

Did your husband/Wife suddenly say he wants a divorce and you want the two of you to come back and build happy family? Then stop looking, because Dr. White, the great spell caster, has a solution for you. I am a banker by profession, when my 8-year marriage collapsed, this broke my heart and even affected my job, because I was always thinking and not concentrating. I really love my husband, so I'm looking for ways to get him back after living apart for about 7 months. I came across a testimony about a man who said that he managed to get a job promotion with the help of the great spell caster Dr white, so I contacted him, I explained my marriage problems and he assured me that things would be better for me, but said a few things that must be done to achieve my goal, I followed the instructions and today I live happily again with my husband, he is truly a wonderful man and blessed by his gods. Contact the doctor white for any kind of life problems on WhatsApp number:
+17168691327
or by e-mail: wightmagicmaster@gmail.com, you will not regret meeting him.