I was a Starwood virgin. No, more, though. I had a fabulous time. Loved the liberated feeling of living in an un-PC environment with 1400 other freaks for several days. I have a lot more to tell, but for now, here are some photos (sans humans) to give you an idea of the site and size: 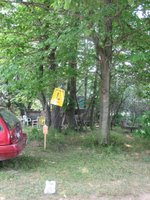 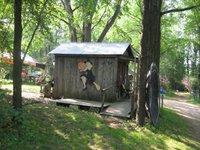 On the way in. 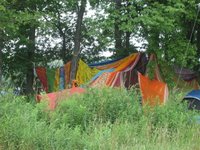 Gypsy tents.
I happily ran into two other California friends, Richard Ely and LaSara FireFox. Among the three of us, we represented the three counties just north of San Francisco: Marin, Sonoma and Mendocino. Starwood was a likely scene for all of us. Both Richard and LaSara had been there before. The down side was that we barely found time to talk.

There are lots more photos here.
Posted by Broomstick Chronicles at 1:46 AM

I'm jealous. I want to go. Ive heard it is an awesome event