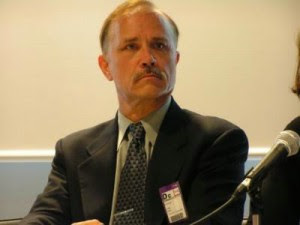 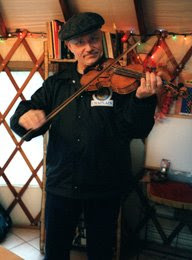 * Dr. Todd Berntson's film about the quest, "A Hero Denied," will have its first public screening at the Cherry Hill Seminary Winter Intensive in San Jose (the day before PantheaCon begins) in San Jose, California in February. The screening will be followed by a talk by Todd about the making of the film, and by both Todd and Patrick about the quest.
Posted by Broomstick Chronicles at 1:30 PM

This is dreadful news. Healing and green energy flying immediately to him. He truly is a hero and a giant-hearted, generous soul who is so desperately needed in this world.

Thanks so much for letting us know!
- Beth Owl

Thanks for posting this.

Thank you so much for posting this information. I will most definitely be sending some healing energy his way.

Thank you again for sharing this vital information and have a great week.

From across the water comes love, hope and power.

To you too, Macha.

My energy is on its way!

I was really impressed with Patrick's efforts on behalf of Pagans in the prison system.

Incidentally, I thought it was the case that many prison inmates discover Pagan spirituality after being incarcerated, not before - in which case, the fact that it's a growth industry is a good thing.

Thank you for letting us know Macha. We shall send healing energy immediately.

Thank You Macha for posting the news ...

Energies being sent immediately for Patrick and all those connected with Him.

A good guy deserving of much healing thoughts and kindness, which, from reading the posts above, he will receive many times over. Blessings to you Patrick and to all your family and friends.