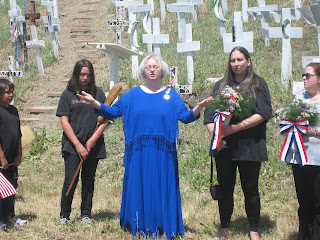 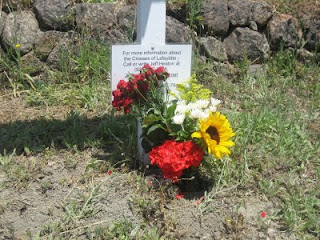 This morning Corby and I drove to the Lafayette BART station to participate in a rite honoring Pagan service-people who've died in war.

The Lafayette War Memorial in itself is a deeply felt and important phenomenon. I guess you could call it conceptual art if you're on the highbrow side, or folk art in its spontaneity, simplicity and roughness. Erected in 2006 on private property by anti-war activist Jeff Heaton, the memorial evokes emotion for all sides of the political spectrum. See photos here of how it looked a few years ago. As we drove up in view of it today, we gasped at how much it's grown. 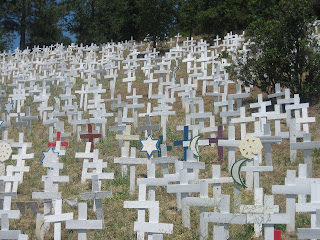 In 2007, when Pagans won the right to have a pentacle inscribed on the gravestones of military casualties, the Pagan Alliance performed a ritual there in which we placed pentacles in honor of individuals on the crosses. Today you can see crescents, Stars of David, Buddhist wheels, rainbows, tile and mirror work on the markers, and flower offerings. 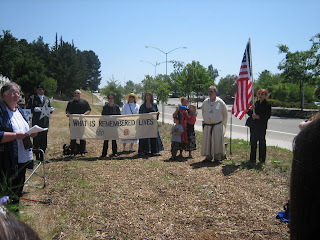 Victoria spoke about the lives of each person newly honored this year, within a circle and in the presence of Mars, Athena, Freyja, and Hestia, 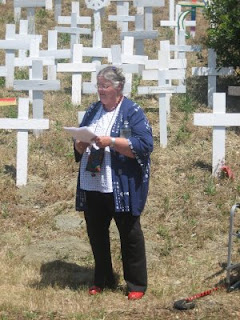 who'd been summoned by Brighde Indigo. 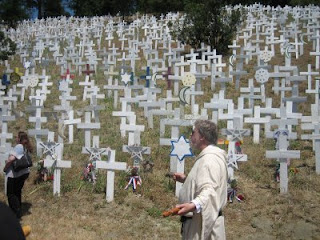 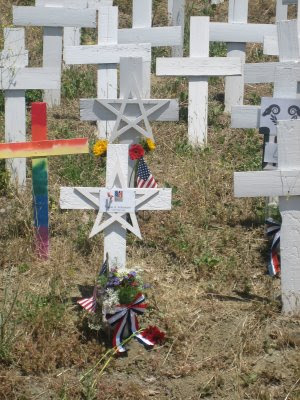 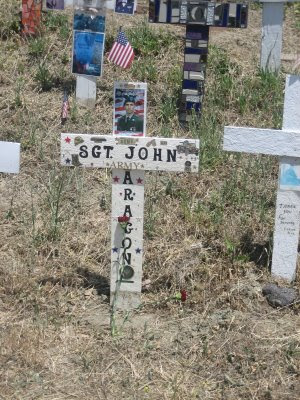 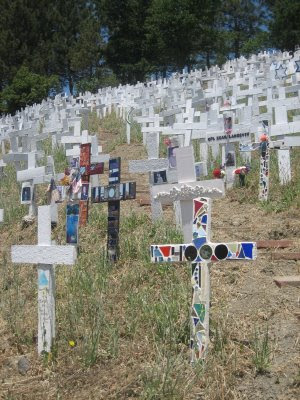 Note: Please forgive the inelegance of this layout. This blog program has its limitations.
Posted by Broomstick Chronicles at 4:13 PM

Aren't there any real veterans' cemeteries near where you live?