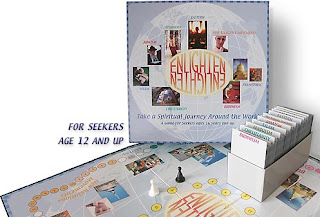 This has been my month to immerse myself in interfaith activities, it seems. I already wrote here about interfaith and immigration on May 30th. I started to write about the Marin Community Foundation's second annual Celebration of Giving awards ceremony I attended on June 7th, but never got a chance to finish. In a nutshell, the Marin Interfaith Council I've mentioned so many times before received a $25,000 grant from MFC. There's lots more to say; that's the reason I was invited. A very swanky affair, I must say.

Then on June 11th, my daughter's birthday, Malendia, her friend Marianne and I attended another of MIC's quarterly retreat days, this time at Green Gulch Farm Zen Center, lead by the Rev. Fu Schroeder, tanto of the center, and Fr. Paul Rossi, pastor of the Church of St. Raphael and Mission San Rafael Arcangel (twentieth and second most northerly of the original 21 missions established by Spanish Jesuits between 1769 and 1823 in Alta California). We spent a restorative day in contemplation and reflection.

Tonight I went to the MIC Forum & Annual Meeting. One of the things we did was play a new interfaith board game called Enlighten. The game is surprisingly comprehensive and not all that easy to play, since it requires a fair knowledge of many religions. Not to worry, we Pagans are represented in three ways, as I see it:

NRMs are those which arose within the last 200 years. In the world of religious studies, Wicca, Druidry, Heathenry, et al. are considered NRMs because they cannot be proven to be older. I call our religion(s) "ancient-future" because we draw upon our ancient heritages (all reflected in the list above), we apply them and live them in 21st Century society, with the hope that we leave a viable and satisfying legacy of a sustainable future for our descendants.

Today is Midsummer, when there are no shadows and nothing is hidden. May the light of the Sun illuminate our many paths as we travel life's road together on our precious life-giving green Earth.
Posted by Broomstick Chronicles at 1:01 AM

Solstice Tidings Macha. Omigawd!!! is that Interfaith game for real? What an excellent idea. I must, must, must have one...

Well I for one am looking forward to playing that game with whoever we can rope into trying it!

What a fabulous sounding game. It should be played everywhere by everyone. LOL