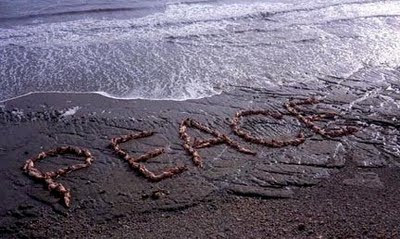 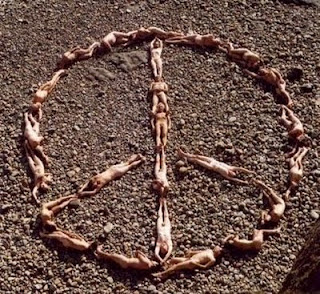 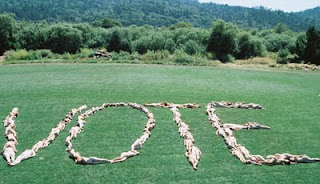 Ma shrugged and a sandstone cliff fell. She washed the pebbles in Her amniotic fluid and they became sand.
Posted by Broomstick Chronicles at 12:24 PM

There's a curious ambiguity of scale with the peace images. They sometimes look as if they show tiny little people lying on the pebbles.

Thanks for the photo credit!